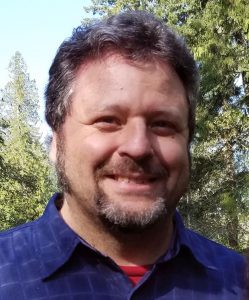 I’ve known since age 19 that the exploration of human potential, self-actualization, and consciousness exploration were my passions, and that my field of study would be psychology. Between that moment and now, I’ve explored a wide range of philosophies, religions, spiritual growth methods and spiritual paths.

I attended my first breathwork (of the Holotropic variety) workshop at a farm outside of the Chicago area in 1991.  I knew immediately just how powerful breathwork could be both as a tool for healing and for personal self-exploration, and how big it would be in my healing journey. I also had a deep instinct that day that it was part of my life calling — I wanted to incorporate it into my professional work, to help bring to others this amazing modality.

Between 1999 and 2001, I trained with Dr. Stanislav Grof in the Grof Transpersonal Training program, after which I led Holotropic Breathwork workshops in the Seattle area between 2002 and 2016.  During that time I facilitated at more than 160 breathwork workshops, leading 130 of those.

Between 2016 and 2018, I led some small local breathwork sessions in a few locations around the Pacific Northwest and in the Chicago area.  I began working with Michael in his Neurodynamic Breathwork in March of 2018 and I currently facilitate six NDB Online Workshops each month.

I’ve been a student of astrology since the same time, when I had my first natal chart and transit reading by my first spiritual mentor, Ray Grasse.  During my studies, I’ve become more and more struck by the depth and profound subtlety of the archetypal planetary energies which seem to underlie all that we do in life (but which do not dictate fate, in contrast to traditional astrology).  I’ve been surrounded by a lot of amazing astrologers over the years, all of whom I have learned from, especially Steven Forrest (Evolutionary Astrology), and Richard Tarnas (Archetypal Astrology).

I completed a Master’s degree in Psychology from Antioch University Seattle in 1998, which I self-designed, focused on Adult Transformational Psychology & Education.

My Other Two Passions

My other two passions are writing, and soul community.  I’m currently writing a book about my experiences in breathwork.  I also have a deep passion for making connections with other kindred-spirit, like-minded, soul-resonating people, both for myself, and to connect others.  I deeply believe that soul community is essential when doing the type of deep healing and transformation that happens when doing breathwork.  If you already have that, awesome!  If you don’t, you’ve come to the right place.  Learn more about our supportive NDB Subscriber Community.

There's one last step to receive your free session

×
To finish your account setup and receive the login info for your free session, please complete the short form below.

Neurodynamic Breathwork Online was created to make the transformative power of Breathwork accessible to everyone, everywhere. We are excited for you to experience Breathwork Online with our growing global community of people who are practicing Breathwork to rewire old scripts embedded in our brain which keep us from becoming our best possible self.

Breathwork uses carefully curated music to bring you on powerful journeys into profound states of awareness using only sound and breath. You will join people from around the world in experiencing this growing live, virtual Breathwork modality in an optimal balance of privacy and community.

Please confirm you want to block this member.

You will no longer be able to:

Please note: This action will also remove this member from your connections and send a report to the site admin. Please allow a few minutes for this process to complete.

You have already reported this
Clear Clear All
We use cookies to ensure that we give you the best experience on our website. If you continue to use this site we will assume that you are happy with it.Ok